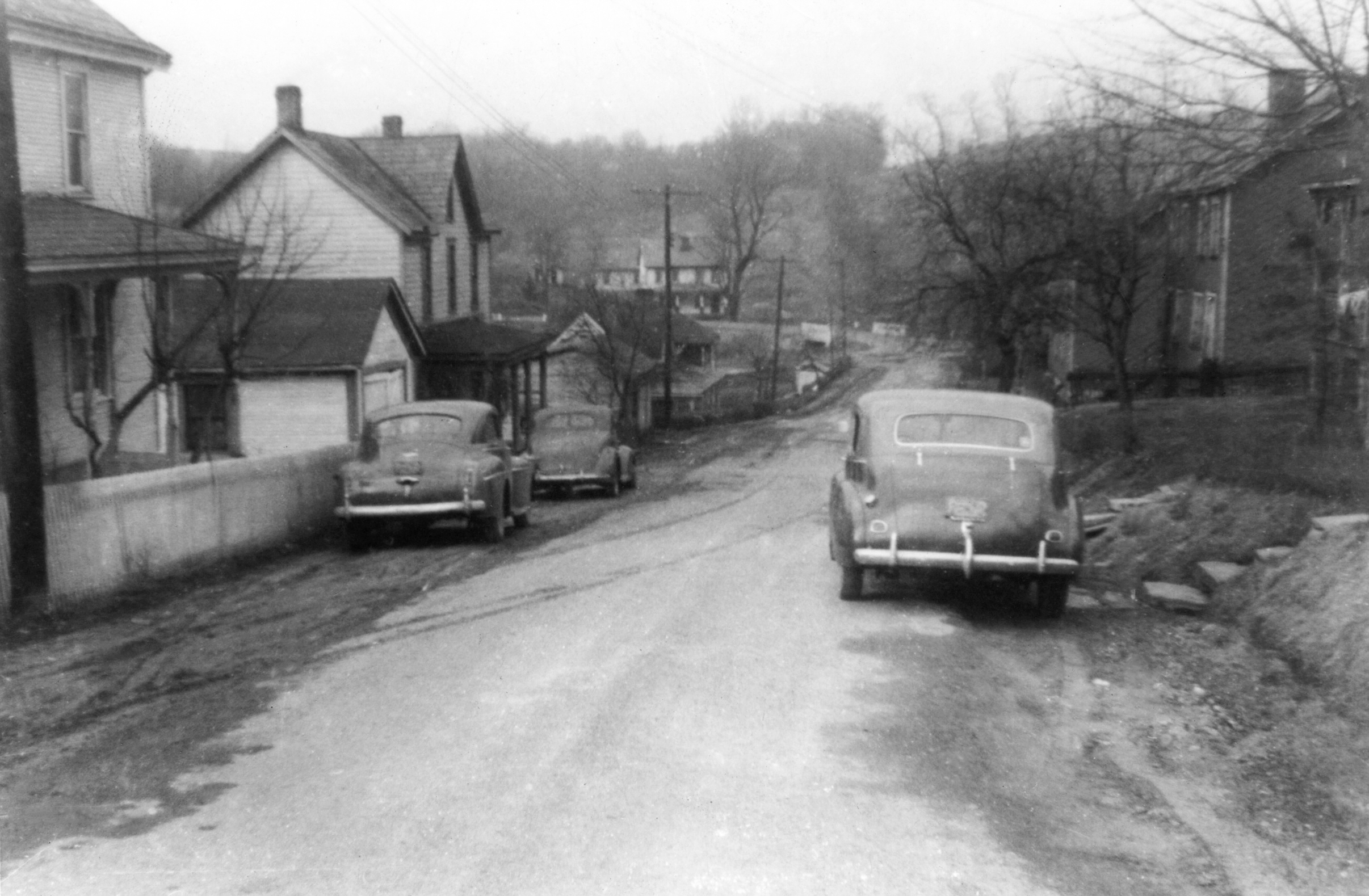 My mom grew up on this street. It’s in the tiny town of Claridge, in Pennsylvania's Westmoreland County, about 30 miles from Pittsburgh.

Claridge was one of many coal mining communities in Western Pennslyvania. Company houses, a company store, and miners, many of them immigrants from Eastern Europe.

My grandparents settled in Claridge shortly after arriving in the United States from their homeland of Slovakia, which they fled just prior to the start of World War I.

My grandfather worked in this region’s coal mines for 40 years, digging coal and then later graduating to union steward.

This part of Claridge was called Kewtown, named after the man who owned the town’s mine. He lived in a big house at the bottom of the street. I don’t know the exact date of this photo, but judging by the cars, it was taken sometime in the 1930s. If you know the cars of that era, please weigh in on specifics. (View a large version of the photo.)

When this photo was taken, my mom was of high-school age, just a few years away from taking a job as a manicurist in a downtown Pittsburgh department store.

My grandparents’ house isn’t visible in this photo; it’s to the right of the photographer. It would be the beautiful stage for so many family events—and photos and movies—in the decades to come.

As this Google street view shows, many of the houses on the street are still there. My grandparent’s house is there, but sadly doesn’t look anything like it did back in the day.

Lives Not Yet Intertwined

My dad was 16 years older than my mom, and I often think of what their lives were like…

This is the second-oldest photo I have of my dad. According to an annotation on the back, it was…