A few days after my dad signed the contract with the Hartman-Steindorff Opera Company in 1922, he performed in Katinka, a musical composed in 1915 by Rudolf Friml and Otto Harbach. (The former was a noted composer, and the latter was considered America’s first great lyricist.)

Throughout the 1920s, my dad kept a record of his theater work. In the pages of a loose-leaf binder, he’d paste a theater playbill, with notes about which parts he played and which songs he sang. Most of the notes also contain at least one photo of him in costume. (For a gallery of examples, click or tap the thumbnail images below.) 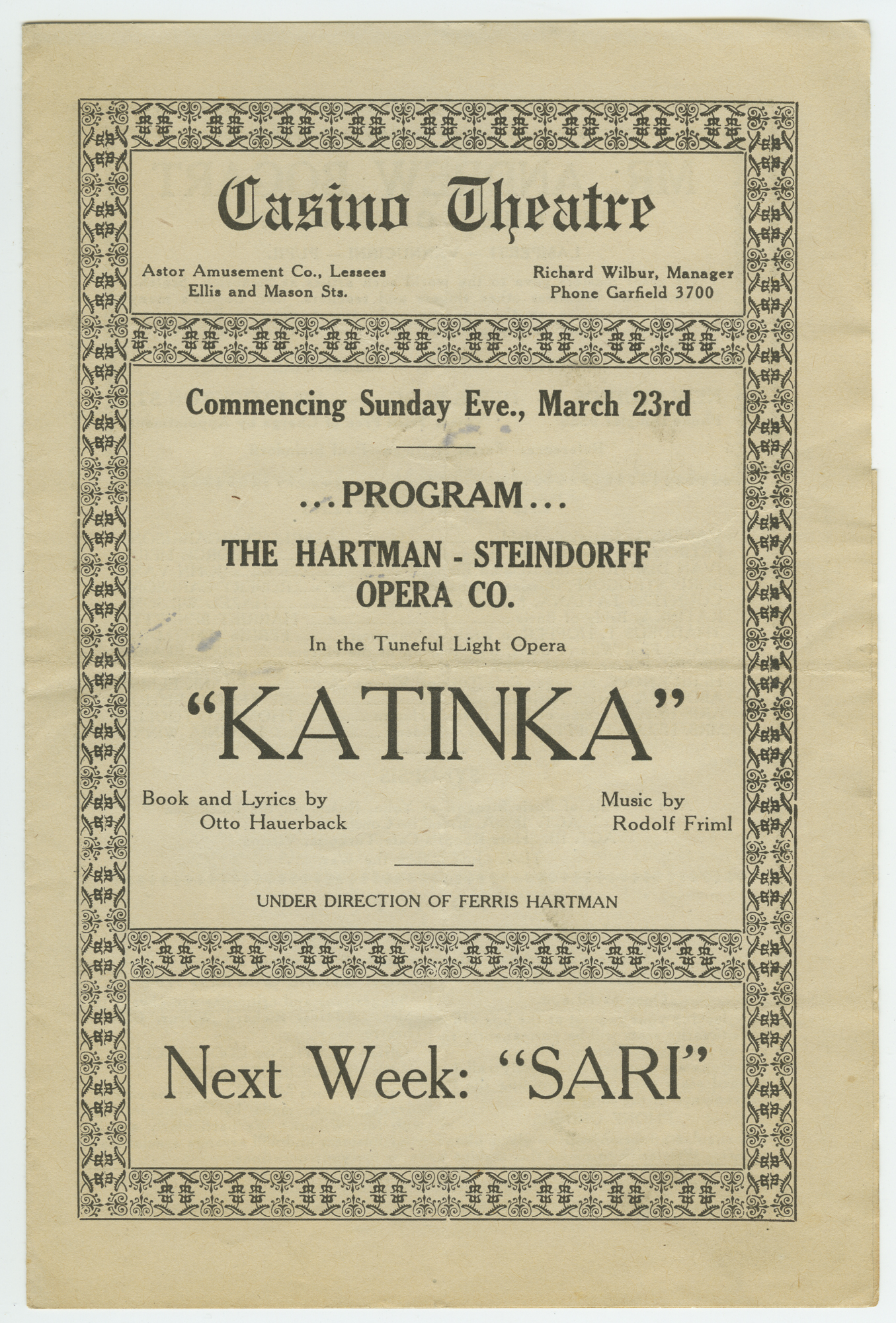 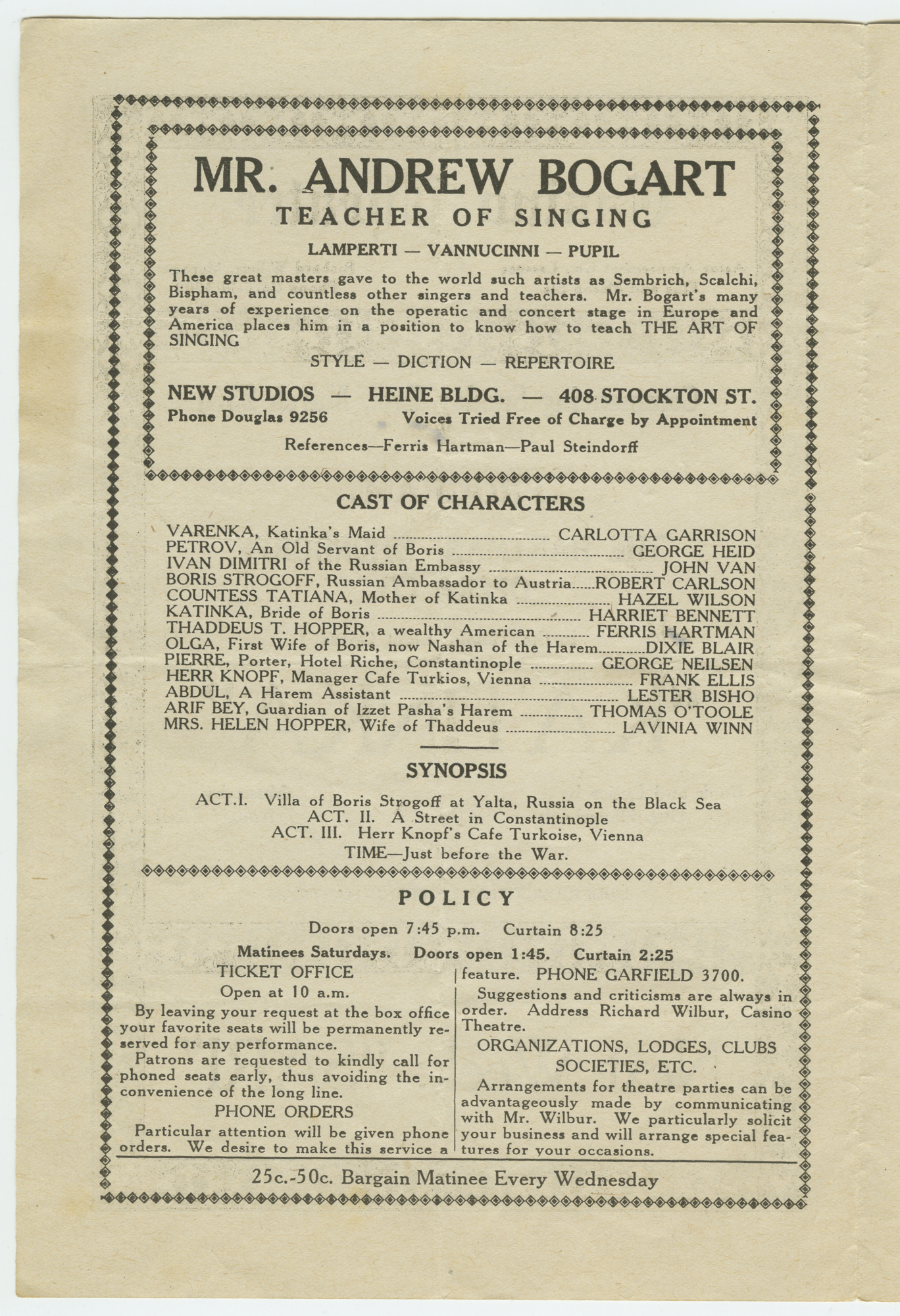 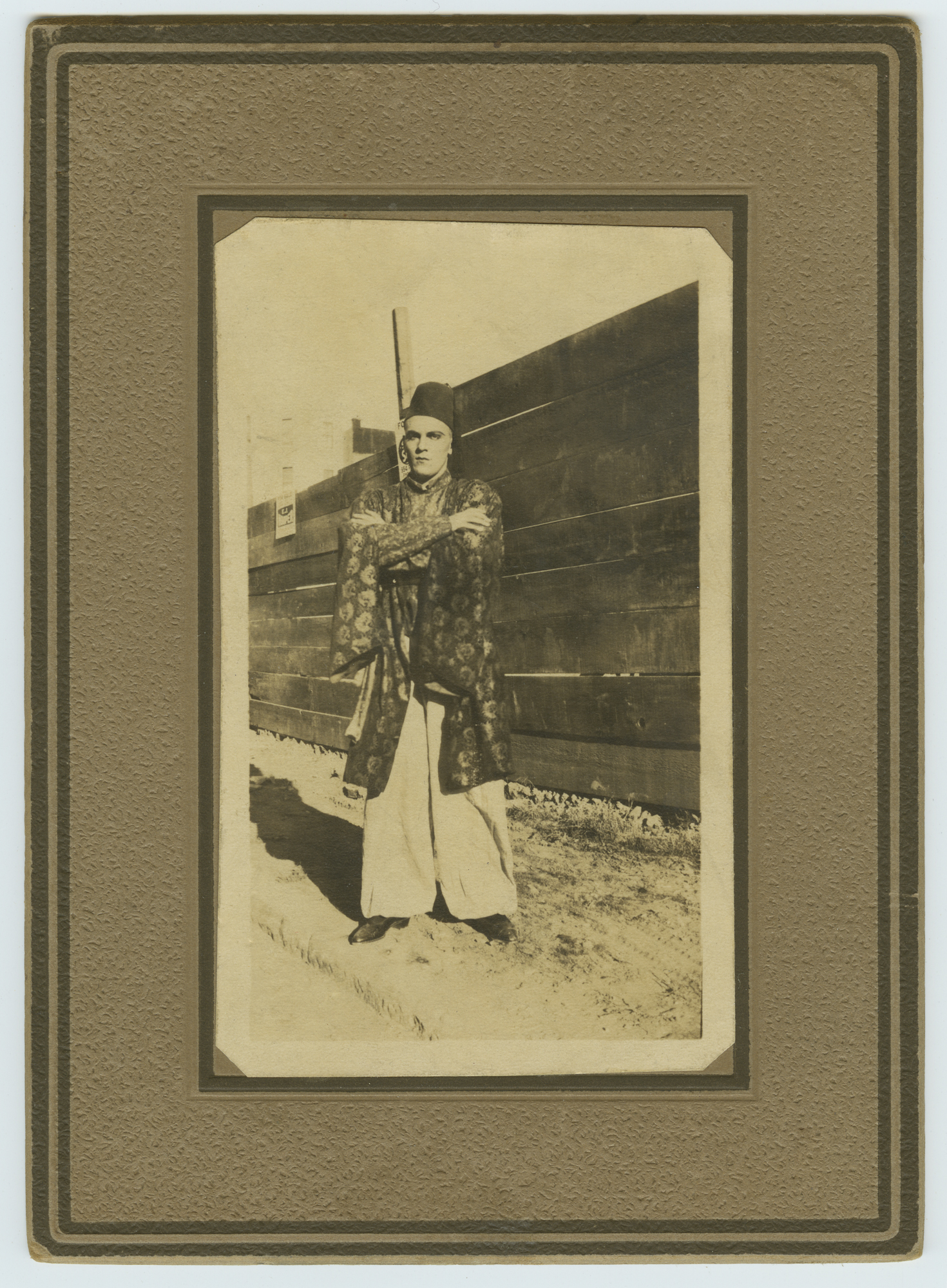 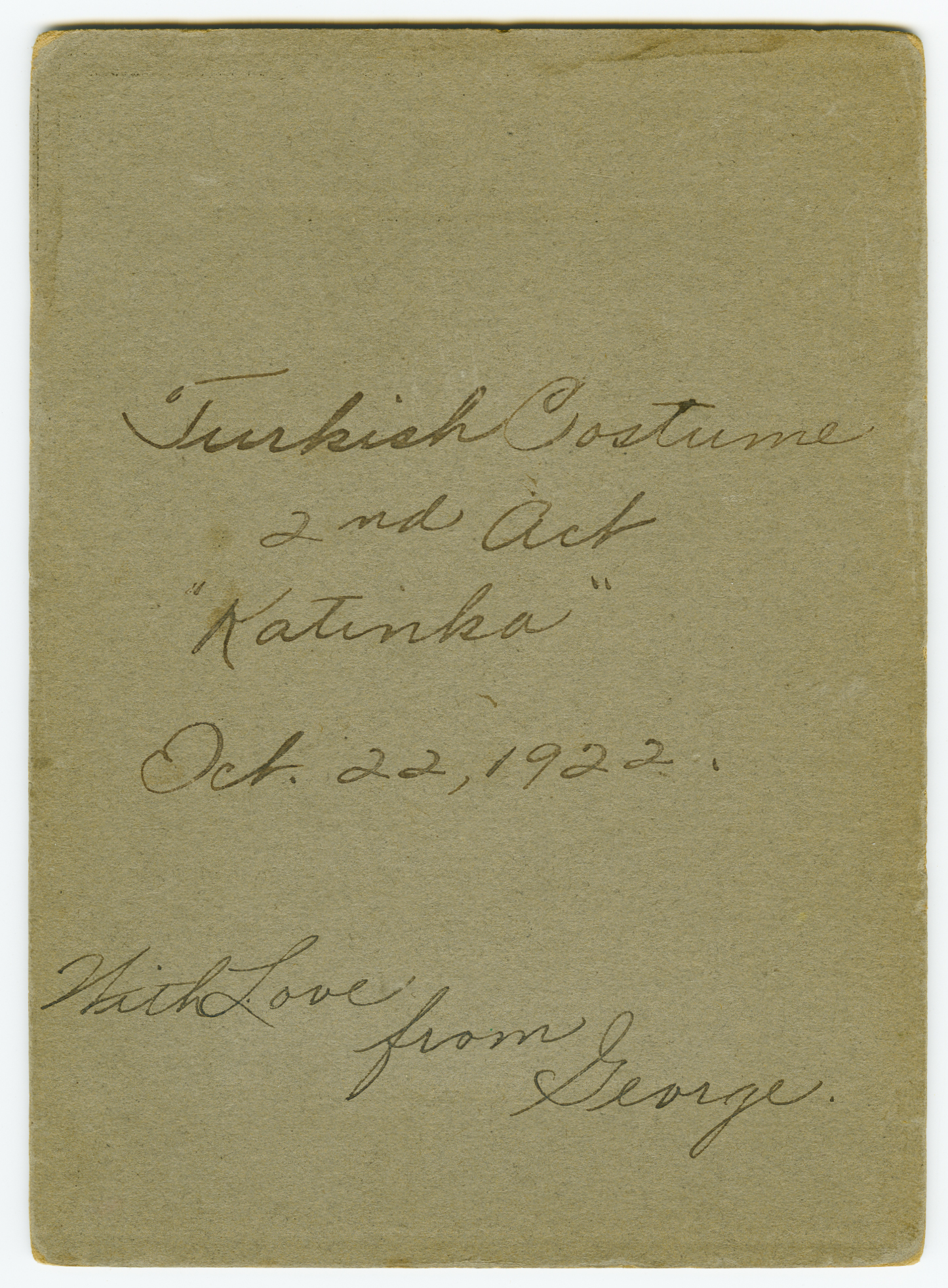 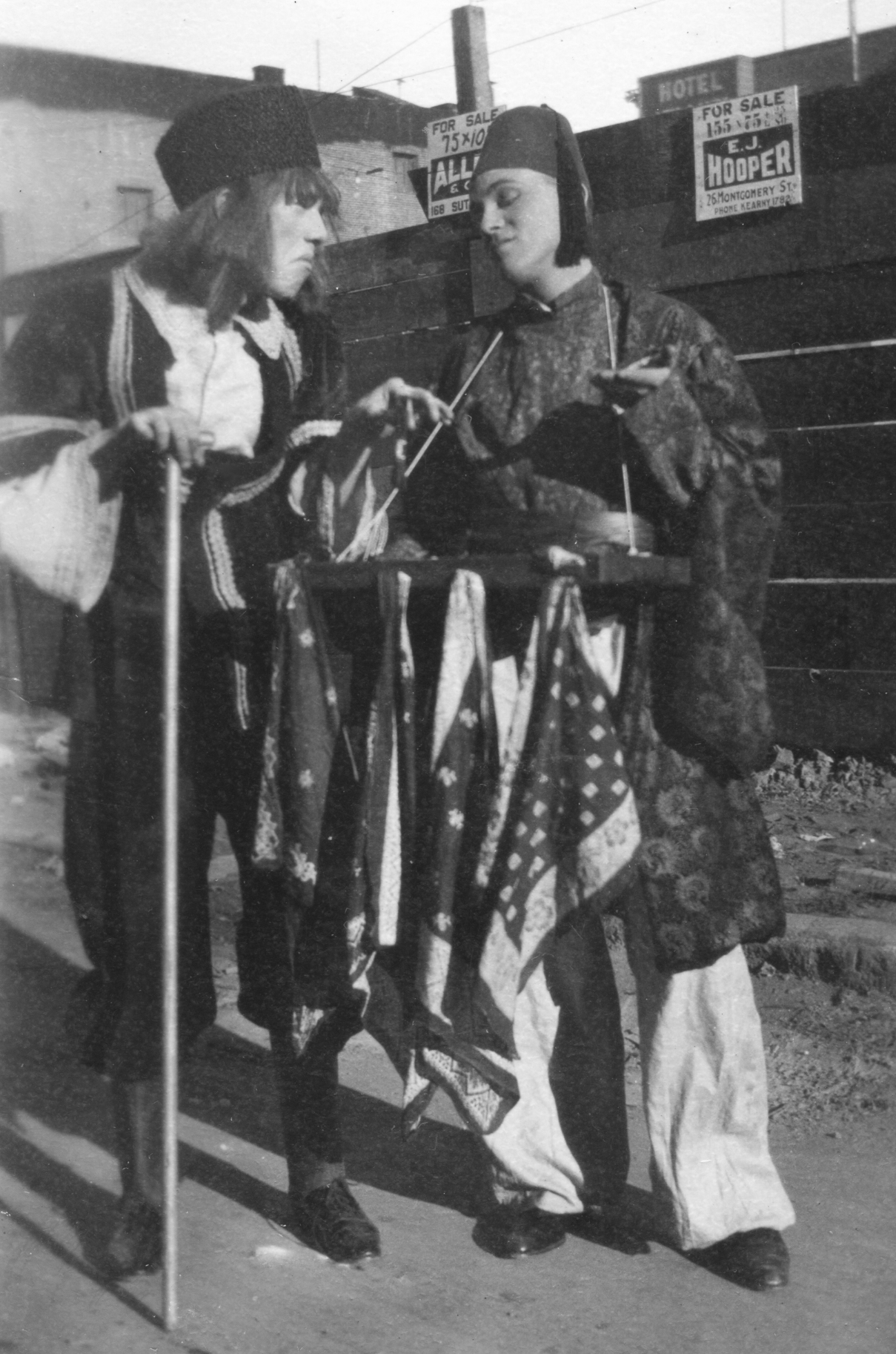 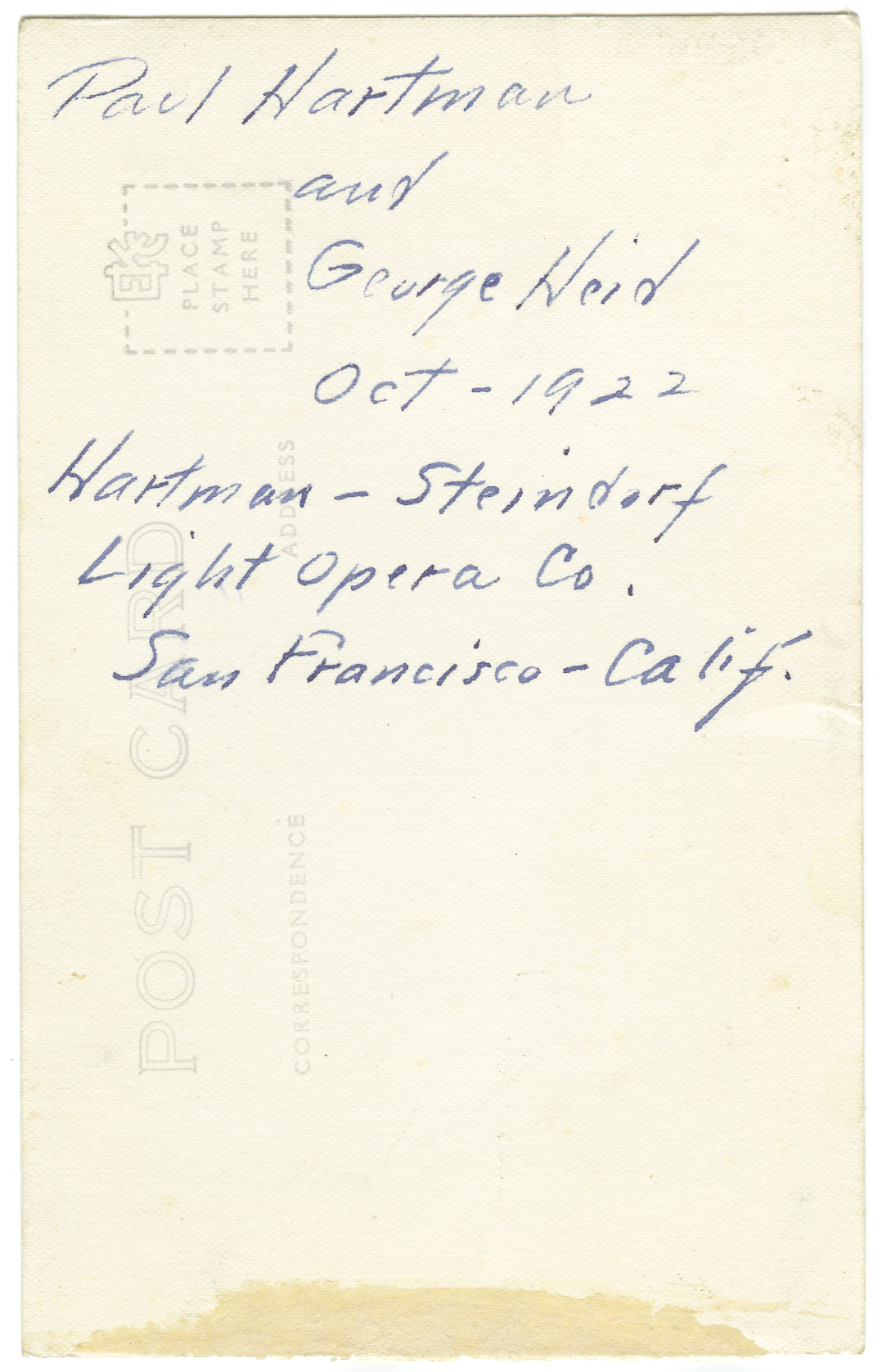 His notes for Katinka also included this photo, which he signed for his mother with the inscription Memories of Katinka. 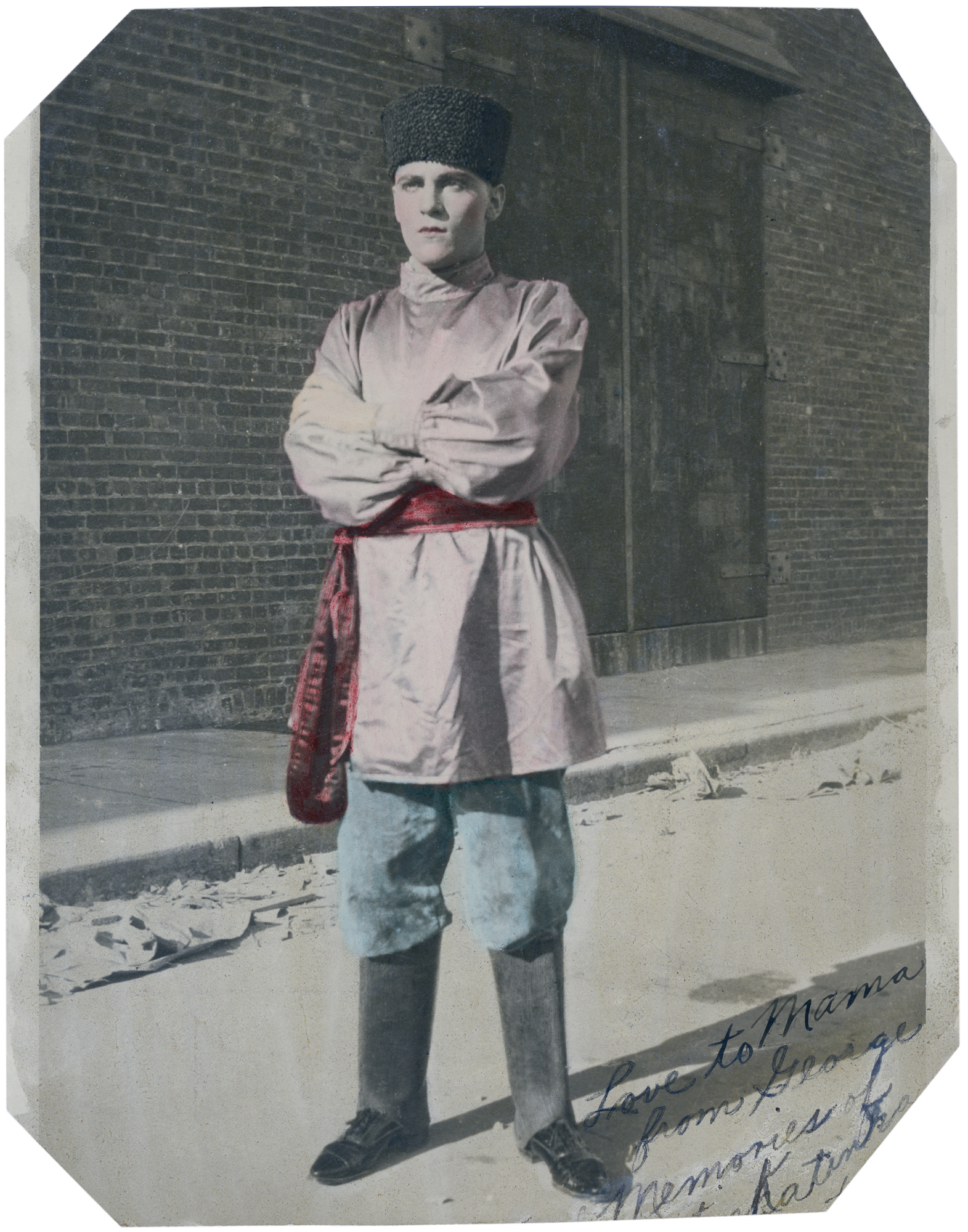 I like to imagine the backstory behind that inscription. He’s a 20-year-old actor who moved west with his mom just five years earlier. He gets a job to perform on a San Francisco stage. Maybe he’s nervous, and maybe his mom helps him rehearse and offers encouraging words.

Maybe she attends the performance and beams with pride as her youngest son performs on the stage of the Rivoli Opera House. Maybe they celebrate afterwards. And when he gets this portrait, he has it hand colored and then signs it for his mom as a memento. Love to Mama from George. Memories of Katinka.

Maybe the story didn’t play out like that. After all, that playbill, these photos, and that inscription are all that remain of the memories of Katinka. But those things are enough to outline a picture of a young actor who took his new career seriously and who loved his mom.