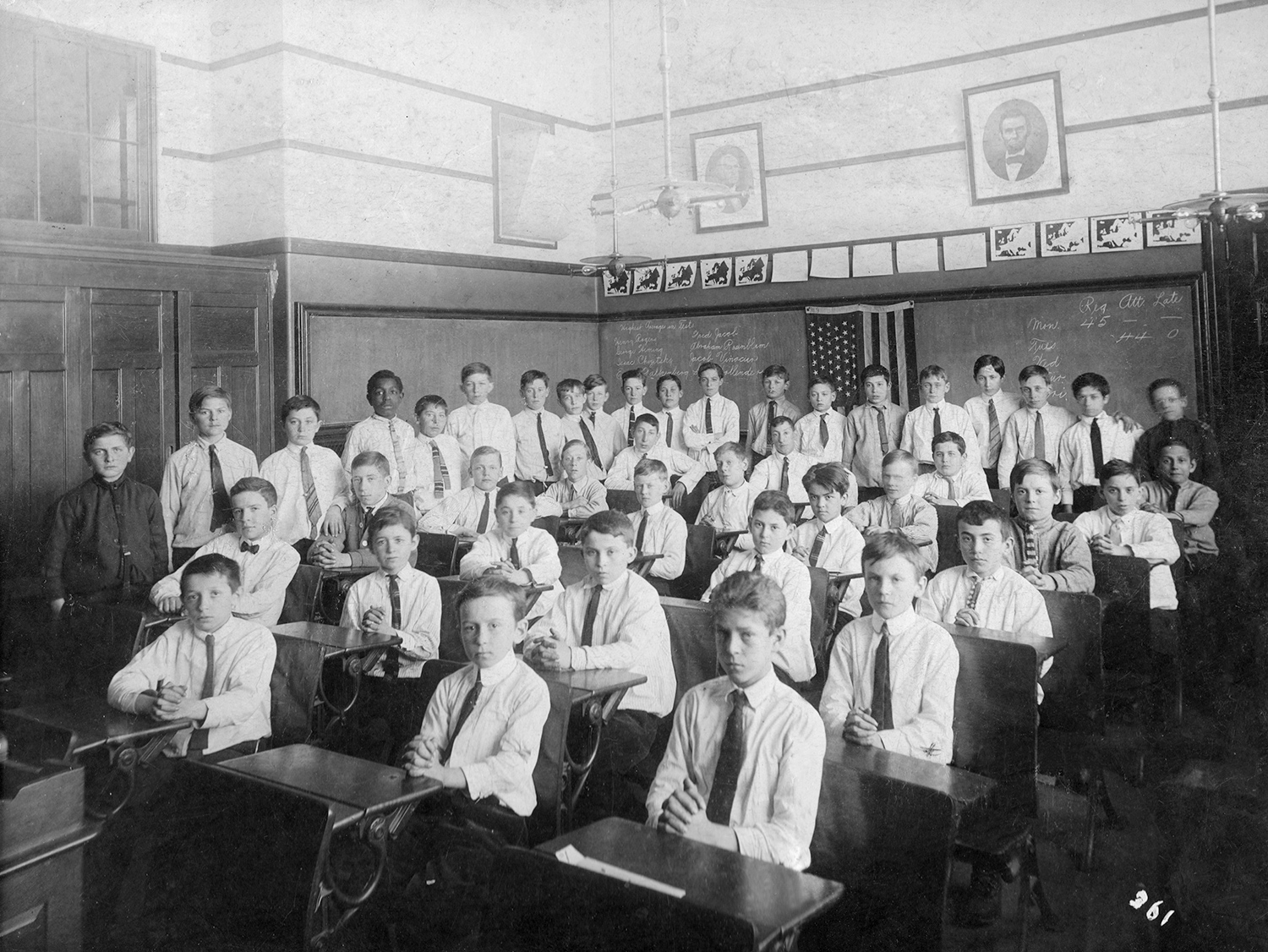 Born in 1902 as the youngest of nine, my dad grew up in Brooklyn. And just a little bit of photo forensics provides a detail that I’d never have known. In the bottom-right corner of the photo, the photographer wrote 361.

A trip to Google confirms the suspicion: my dad went to Public School 361, in the Flatbush section of Brooklyn.

Notes on the restoration

For its age, this photo is in good shape. It’s faded and has several areas of damage, but the image itself has no torn areas or missing pieces. I scanned it as a 600 dot-per-inch color image, then brought it into Photoshop to convert it to black and white, restore the brightness and contrast, and fix the most serious damage.

I didn’t fix everything—the photo’s emulsion is cracked throughout, and there are still spots and specks aplenty. Complete, really-truly thorough photo restoration can be incredibly time consuming, and, well, I have a day job. Don’t let the perfect be the enemy of the good, said Voltaire. Real artists ship, said Steve Jobs.

I mentioned “photo forensics.” It can be an important part of archiving. In addition to the school notation, there’s another forensic angle to this photo. The photo is mounted on a piece of cardboard, and on the back of the cardboard, someone—my dad, I’m guessing—wrote the name of every single student. But I couldn’t find my dad’s name—part of the cardboard was torn away—so I had no idea where he was.

But as I dug through the box of photos, I found the missing strip of cardboard. On that scrap was his name and the location of his seat.

When you’re archiving, don’t assume something is unimportant. The smallest scrap (or numbers scrawled in a corner) can unlock details. 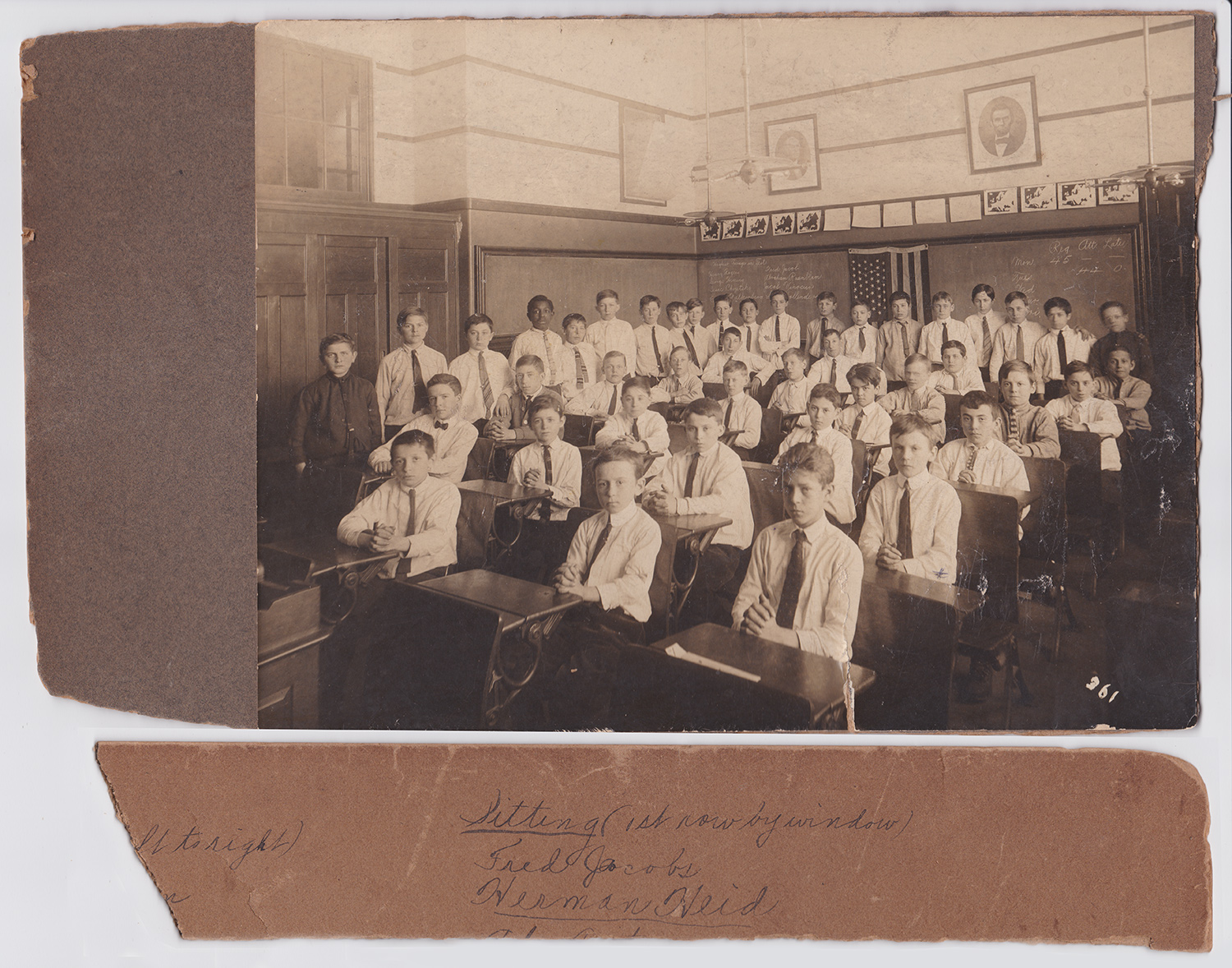 This is the second-oldest photo I have of my dad. According to an annotation on the back, it was…