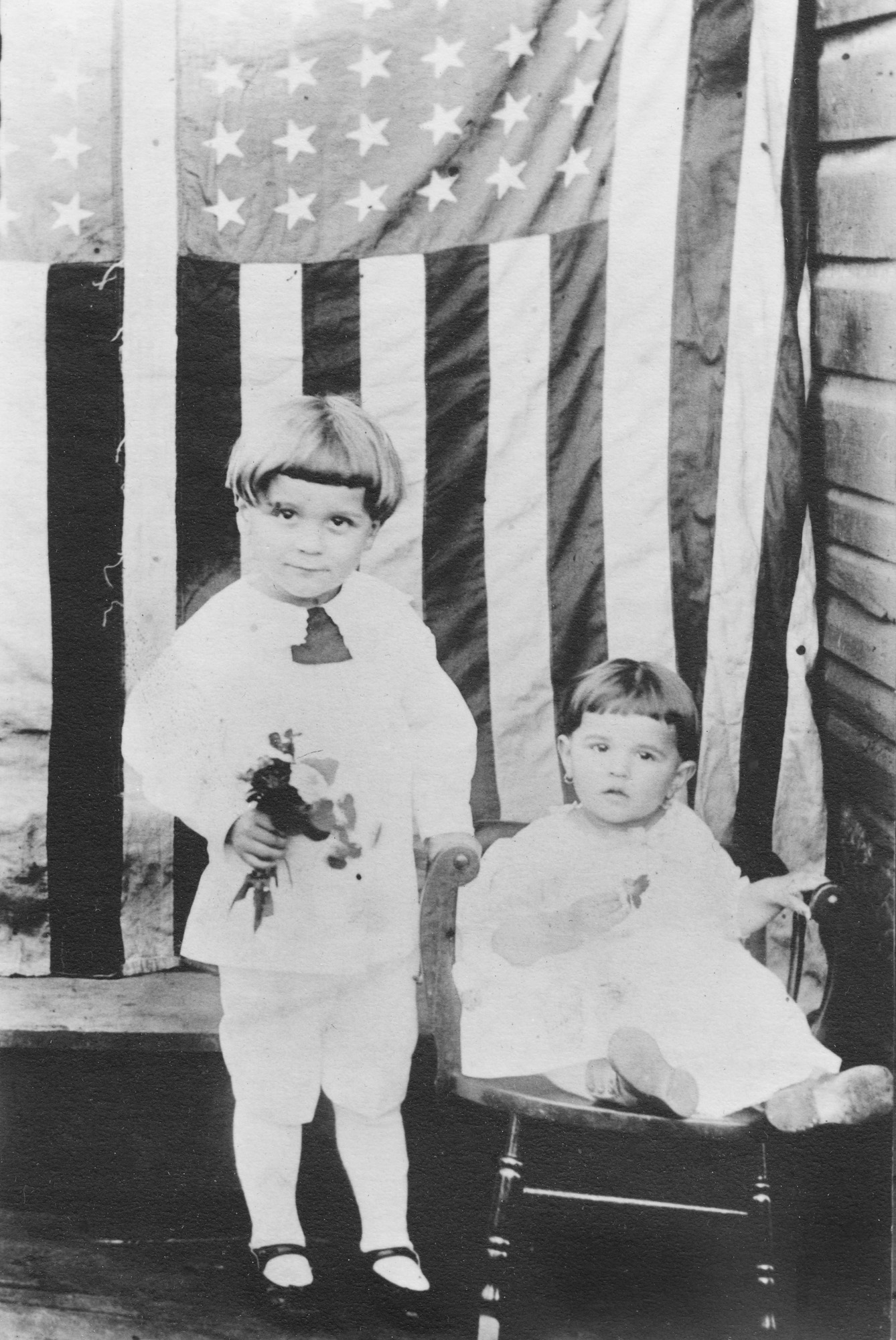 When my dad’s career as a performer began heating up in California, my mom was a toddler in the Western Pennsylvania coal-mining community where she grew up. In this photo, from about 1922, she sits in a little rocking chair alongside her older brother John. The photo was obviously taken on the same day as this portrait of her with her parents.

(I wish I knew the backstory behind both photos. My grandparents were poor, Eastern European immigrants living in a tiny company town that barely had a school, much less a portrait studio. They didn’t have a car in the 20s, so how did these photos happen? An itinerant photographer? Whatever the story, I’m so glad they took part of a day to commemorate their lives and family.)

The people are obviously what make this photo so special. But it’s also the props—specifically, that little rocking chair. It belonged to my grandparents, who later gave it to my mom and dad. Several decades after this photo was taken, my dad took a photo of me in the same chair.

On the back of the 1922 photo, my mom wrote a caption, probably when she was in her 90s, judging by the unsteady handwriting: Bro. John – me in rocking chair. And then she added a footnote: the words still have with an arrow pointing to the words rocking chair: 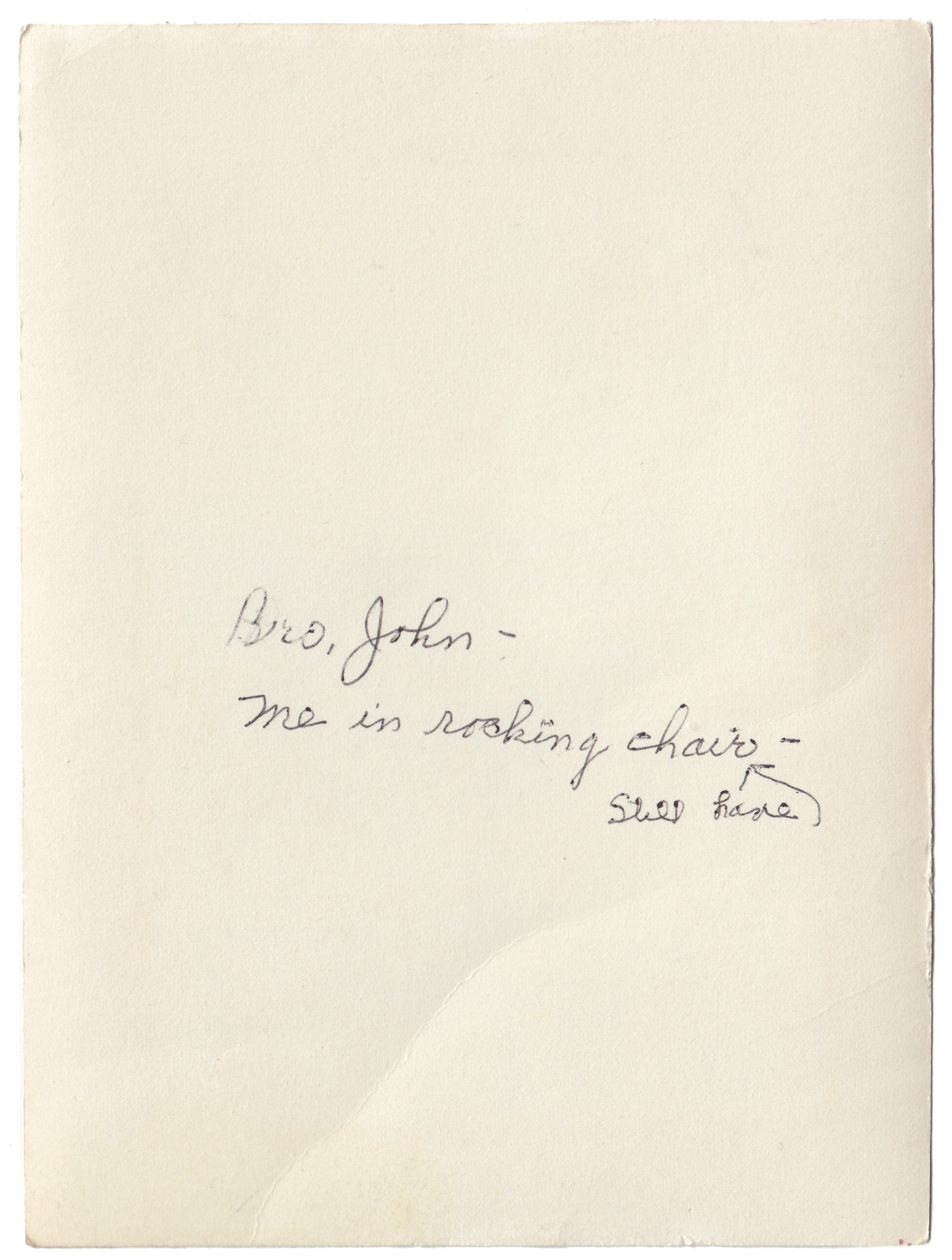 Still have. I love that. I love that she felt it important to note that even after nine decades and everything they brought, that little chair remained a constant.

When my mom died, I brought that little rocker home to California. Still have.

Portrait of a Young Actor

California agreed with my dad. Within five years of moving west with his mother, he went from being the…